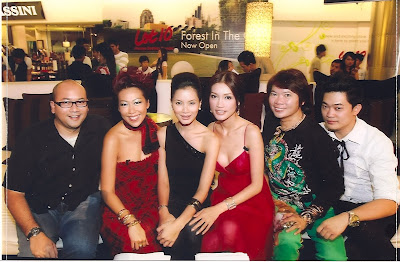 Want to be a supermodel?

BABES: Chia (left) and Iking at the launch of Ford Models Supermodel of the World Malaysia 2009 reality show yesterday

AFTER much drama and delay, the Ford Models’ Supermodel of the World Malaysia 2009 is finally back on track.

The reality show was officially launched yesterday and will now commence with a new line-up and concept.

Model Amber Chia, embroiled in recent contractual disputes and franchising issues, said: “Everything that happened, had happened. But I’ve become stronger now. I’m happy with the results and I’m looking forward to it. It’s going to be an exciting show.”

The show, which will be in search for the first Malaysian Ford Supermodel for the Ford Models’ Supermodel of the World Competition in Brazil next year, will be aired online, with eight episodes starting from Nov 16. Viewers can watch the episodes as they unfold on www.fordsupermodel.tv.

“New episodes will be out every two to three days, in time for the grand finale in December. The show is made accessible worldwide over the Internet and the audience can watch it anytime, over and over again,” she said, adding that Star World (Astro Channel 711) will also screen the grand finale as a two-hour episode in mid- December.

For the show, Chia will be assisted by two resident judges — fashion guru Gillian Hung and photographer Azrul Kevin Abdullah. The show is hosted by Daphne Iking.

Chia said there are a lot of potential models in Malaysia but because some of them are not involved in the modelling industry they are not aware of their talent.

“We have received 200 applications and we anticipate the figure to reach 300,” she said, adding that prospective models should come forward and audition.

Both female and male contestants between the ages of 16 to 25 are invited to participate in this competition by registering at http://www.fordmodels.com /smowapply.

There will also be a final walk-in registration this Saturday and Sunday at the Lot 10 Shopping Centre in Kuala Lumpur.

The prizes for the top three female and male winners is valued at more than RM250,000. 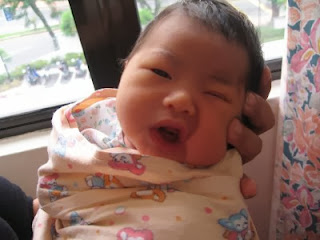 Many asked over instagram/FB how was my LASIK experience. I promised to blog about it -- FINALLY had some time to do it.

I have had bad vision since I was a young girl. And then it got worst over time -- I was a book worm and would often read with a torch when I was supposed to be asleep. In senior highschool, my mother allowed me to wear contact lenses. I had to wear the "hard" type ones (cheaper I suppose). NOT comfortable at all.

In Uni, I earned extra money by giving tuition, dancing and selling fags - so I could afford the monthly disposable soft contact lens. Once in awhile, my eyes would swell up -- irritation, lens were not cleaned properly...God knows. By the time I started working, I paid more for daily disposable lenses. My power was 600 on the right 450 on the left. If I didn't have my lens or glasses on, all I saw were blurred objects.

I flirted with the idea of  LASIK after Isobel Daniella was born. I chose to do a C and was so dis… 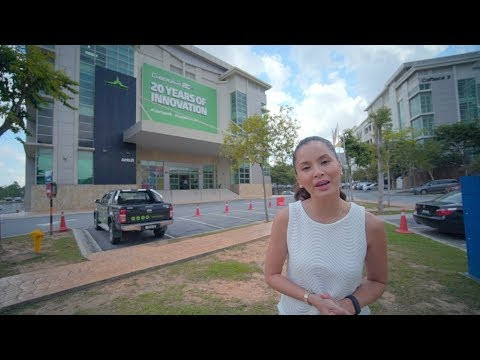 I never knew Cyberjaya could be this cool! (Episode 1)

I never knew Cyberjaya could be this cool!

To me, Cyberjaya was "the town near/before Putrajaya" -- and the only reason I'd be at Putrajaya was to settle some administrative documents.

It was never a destination nor did I find much interest in it before till my daughter had a gaming session with her friends at MaGic and that's when I first found out about this Capital of Creation.

As an emerging Global Tech Hub, Cyberjaya is a model for smart city development.

20 years since its inception, Cyberjaya as a model smart city and an emerging global technology hub , continues to be a critical contributor to the digital economy through the development and growth of innovations.

It has also long been home to both international and home-grown technologies companies, that provide value to Malaysia in many different ways.

In Episdoe 1 of this two-episode Vlogumentary, I speak to Acting Managing Director of Cyberview Sdn Bhd, Encik Mohd Najib Ibrahim,  to find out where Cyberjay…